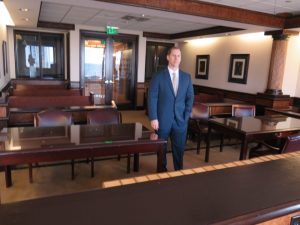 I have a wide range of trust & estate litigation case experience with clients from across Florida. I work with beneficiaries who are left out of a will, a trust or an estate.

It doesn’t matter the reason because if you’re left out and you’re the beneficiary, your case will have to be looked at for viability by an experienced trust and estate litigation attorney.

There are many reasons that a beneficiary can be cut out of a will or an estate. And when this occurs it will likely involve family disputes, sibling rivalries, and financially-uncomfortable discussions and arguments between families.

Like most lawsuits, trust and estate litigation is not pleasant or easy to resolve. But whether you are the beneficiary left out of a will or trust, or your siblings, an ex-spouse who were previously included in an estate or a will, there may be resolution to your case available. Don’t second guess or read online to get an answer that only an attorney will be able to provide you.

Here are a few examples of the kinds of cases that come up frequently in trust and estate litigation cases.

Will or Trust Changes

Cases often involve someone who was or should have been a beneficiary for a trust, an estate or both, and through some bad or improper act of another person, (often times it is a family member) they were removed from a trust or a will and then, that other person benefitted from it.

There is a lot of sibling rivalry that comes out in trust and estate litigation cases. For example, a mother passes away so some of her estate went to Dad who survived her. And then, some of the rest of the estate was disbursed to the three kids.

Later, one of the kids is living near Dad and is caring and helping Dad who is now old, infirm and has dementia requiring 24-7 care.

However just months before Dad dies, his will changes and suddenly only one son is supposed to get everything: the son who has no contact with Dad and for no particular reason.

What Did Siblings Get?

The equal thirds – one third to each child – had been in place for 40 years which is shown in the consistent estate planning. But now, the will pulls his other two kids out of the will who were supposed to get 33% each.

Well, the mental incapacity of the father was confirmed by a medical exam. The brother and sister who had been cut from the will came to me because they had been removed from the will.

In this case, the family was in Florida and in another state. It involved three professional people, siblings who were simply trying to establish why the will had changed suddenly because it was a substantial estate.

The outcome was changed back to where the children all received a part of the will because it was established that the mental capacity of the father had caused a change in a will that had been one particular way for more than 40 years.

A Trust is Affected by Bad Financial Advice

In another case, there was an action that involved the value of the estate & trust that had been affected because of a bank employee who improperly dispersed advice that affected the value of a trust.

In this case I represented the trustee who was also the beneficiary of the trust.

There was an advised action against a corporate trustee which was a bank. The dollar figures would have been six figures.

But the bank gave incorrect advice pertaining to certain assets of the trust, namely stock. The bank valued it at a certain amount which was vastly incorrect.

This trust document created multiple sub-trusts and the funding of those sub-trusts was done incorrectly based upon his advice.

I was able to settle this trust and estate case without litigation, no lawsuit. It was settled pre-lawsuit and they were able to confront the bank with documents and e-mails and things of that nature to prove the case.

This case involved brothers and sisters in Florida who were just trying to figure out why the value of the trust had dropped to a lower level.

Previously Included Children Get Nothing 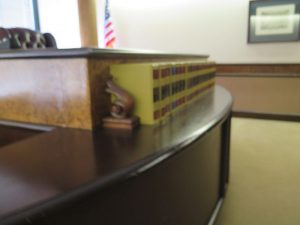 Another type of trust and estate litigation case I see involves a family where the children are questioning the will because a mother or a father remarries and the children are suddenly left out of the will. Maybe the mother dies first and the father gets everything.

Or the mother remarries and leaves the step-father all the money but leaves nothing to the children who had been included in the estate up until the time that the parent had remarried. This “mother and father divorced and mother passes, dad re-marries is a typical situation.

Dad’s estate plan had always said his daughter would receive an inheritance. There are multiple, previous inheritance and estate planning documents that state this.

Later in the father’s life he’s sick and has dementia. He’s got Alzheimer’s is on medication, yet he and his current wife, the stepmother to my client (the daughter) have new wills written.

The father had used a certain attorney for a number of years. And then with the new wife switches attorneys. Now they have what’s called “Sweetheart Wills and Trusts” drafted.

His estate planning from a simple mind would read it and say, “OK, this is going to give a sort of life and estate to my wife and my daughter is going to inherit things.”

However there was a provision in the trust that gave the wife the authority to basically take it all by pulling it out of his trust. This is where trust & estate litigation cases often begin: with new spouses, divorces or marriages.

He, the father passes away. Immediately upon his passing the wife takes everything out of his trust and puts it into hers. Therefore the daughter literally gets nothing.

I filed a complaint for undue influence, lack of mental capacity, forced interference with a testamentary expectancy on behalf of the daughter who was previously included as a beneficiary.

It settled at mediation but we went through it and got testimony from financial planners, from prior attorneys, from the current attorney and we were able to get testimony and there were files and documents that showed basically if you drew an overview of the estate plan it basically had an arrow that always went to the daughter.

We were able to show that it was his intent that the daughter would always receive an inheritance from his estate.

There was also medical testimony that yes, he suffered from dementia and things of that nature. So it was a pretty contentious litigation but it finally went to mediation and they settled and paid the value of the estate was close to seven figures.

Again, I’m Florida trust & estate litigation attorney Reed Bloodworth. Let’s talk about your case and find out what options you may have as a beneficiary. All will, estate and trust cases vary greatly so you’ll need to talk with an attorney experienced in this area of law.