Reed Bloodworth, managing partner of Bloodworth Law in Orlando, Florida, addresses breaches of contract and defenses to breach of contract in Florida. 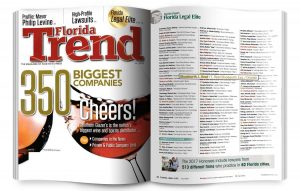 Some of the first issues to address are well, what’s a contract? A contract is a fairly simple instrument.

Florida Defenses to a Breach of Contract

If there’s a written contract the parties seeking to enforce their claim has five years to bring that cause of action. If it’s a verbal contract they only have four years.

If the party does not file a lawsuit within the described time period then they’ve lost the ability to enforce that contract.

The second defense is was the contract illegal? In Florida, you cannot contract to do an illegal act. Occasionally people will contract for certain things that turn out to be illegal. Therefore if a party does not fully perform under that contract it turns out that’s okay because it’s a valid defense that the contract was illegal.

Contracts That Must Be in Writing

Some of the contracts that have to be in writing include:

So those are some of the common statute of fraud defenses that can be asserted.

The next type of defense involves mistake. You have unilateral mistakes and mutual mistakes.

Finally, a very common defense in Florida is impossibility. Impossibility of performance means that due to completely unforeseen circumstances, such as a death, or incapacity, or perhaps a property destruction, the contract cannot be completed. This is a valid defense to a breach of contract action. As I stated, there are many other defenses to breach of contract actions but these are some of the most common ones.

I hope that this information was helpful. At Bloodworth Law, we represent plaintiffs and defendants in many types of civil litigation, trust litigation and probate litigation.

At Bloodworth Law, we travel throughout the I-4 corridor and this means we come to our clients and we take care of cases in courts close to our clients.

Again, my name’s Reed Bloodworth the managing partner at Bloodworth Law. Give me a call. Let’s talk about what happened to you.